Update our latest news about FiinPro and other various value-added services including data support, publications and customers training such as Customer Training Workshop series 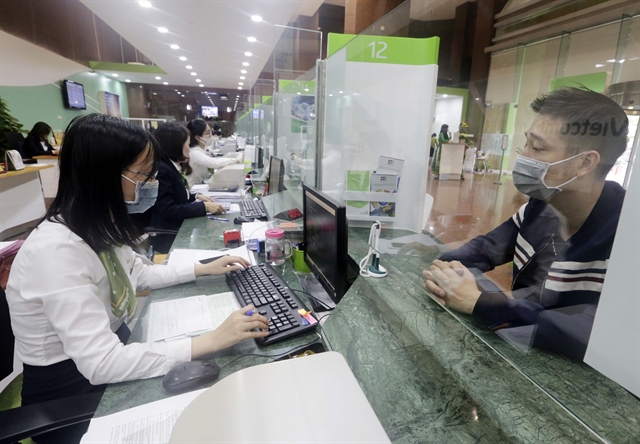 Recent soars in stocks triggered some profit-taking activities, weighing on the market's sentiment.

The market's breadth entered the negative zone as more stocks lost points. Of which, on the southern bourse, 274 stocks edged lower, with 83 hitting the floor prices, whereas 82 stocks advanced.

Liquidity, however, increased over the previous session. Specifically, trading value on HoSE rose more than 12 per cent to VND23.5 trillion (US$980.5 million), equal to a trading volume of over 1.48 billion shares.

The 30 biggest stock tracker VN30-Index posted a fall of 56.88 points, or 5.12 per cent, to 1,054.06 points. All ticker symbols in the VN30 basket decreased on Tuesday, of which nine stocks registered the maximum daily loss of 7 per cent.

During the session, more than 188 million shares were traded on the northern market, worth nearly VND2.74 trillion.

Recent increases in stocks triggered some profit-taking activities, weighing on the market's sentiment.

Statistics showed that banking, real estate and manufacturing sectors continued to lead the downtrend. In the top five stocks dominating the bearish mood, Vietcombank was the biggest loser in market capitalisation with a decline of 5.88 per cent.

It was followed by Vinhomes (VHM), BIDV (BID), VPBank (VPB), and Hoa Phat Group (HPG). All the stocks lost at least 5.2 per cent, of which VPB and HPG even hit the floor prices.

The market was also dragged down by strong falls in Asia stocks. Asian stocks set their sharpest declines in two weeks on Tuesday, after strong US data suggested the Federal Reserve might stick longer with aggressive interest rate hikes.

On Monday, the US stock market also inched lower.