Update our latest news about FiinPro and other various value-added services including data support, publications and customers training such as Customer Training Workshop series

Shares trade higher on the back of bank stocks 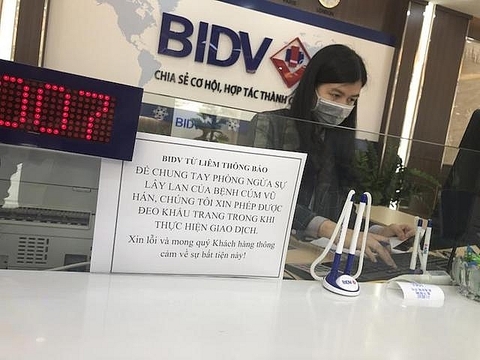 Shares reversed course to trade higher on Wednesday, strengthened by the strong increase of banking stocks that attracted a huge injection of cash flow.

The market's breadth was negative with 203 gainers and 267 losers.

During the session, over 1.13 billion shares were traded on the southern bourse, worth nearly VND35.7 trillion (US$1.57 billion).

According to financial news site vietstock.vn, banking stocks witnessed a booming session with many strong gainers, in which Bank for Investment and Development of Vietnam (BID), Tien Phong Bank (TPB) and Sacombank (STB) all hit the daily limit gain of 7 per cent.

On the other side, real estate stocks were hit strongly by massive selling, with a series of stocks pulled down to the floor prices, such as C.E.O Group JSC (CEO), An Duong Thao Dien JSC (HAR), Hoang Quan Consulting-Trading-Service Real Estate Corporation (HQC), LDG Investment JSC (LDG) and NBB Investment Corporation (NBB).

Eleven out of 25 sector indices on the market recorded gains, including insurance, securities, information and technology, retail, oil and gas, banking and construction materials.

During the trading session, investors poured nearly VND4.4 trillion into the bourse, equivalent to a trading volume of more than 135.1 million shares.